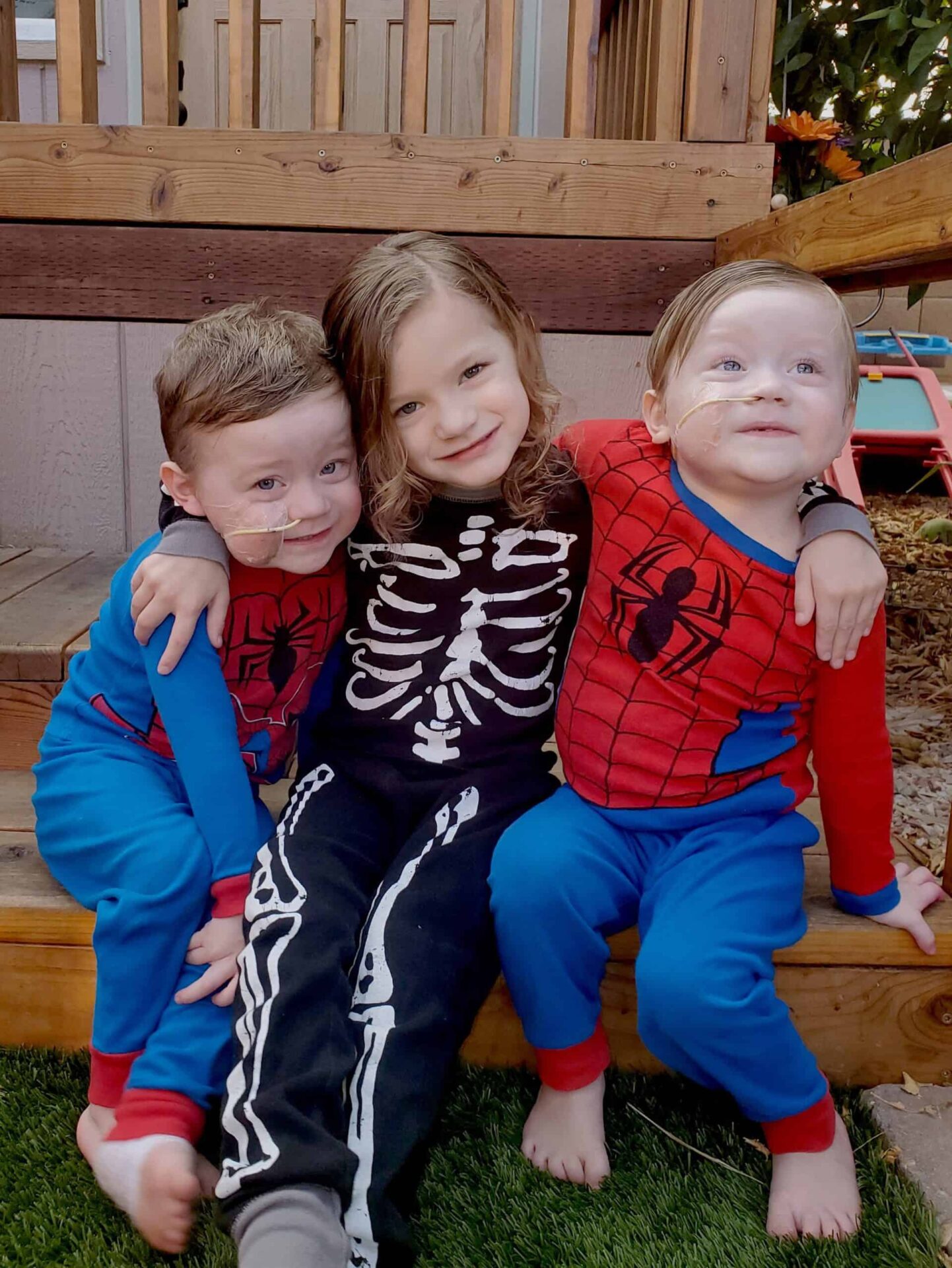 Every day, heroes Jason, Isabel and Jaxon fight against a one-in-a-million heart condition.

Sara loves her children deeply—and knows how lucky she is to have them. She talks about her daughter Isabel, 4; and twin boys Jason and Jaxon, 3; with pride and gratitude. But Sara points out that she’s thankful for more than her own children. “Their hearts beat for two,” she says, holding back tears.

All three kids have received heart transplants due to restrictive cardiomyopathy (RCM). A one-in-a-million disease, RCM causes the heart’s chambers to stiffen and makes it difficult for the heart to fill with blood.

Isabel got sick shortly after her second birthday. Though initially thought to be croup, her condition didn’t improve.

“We decided we should just take her into Phoenix Children’s. They did an EKG and it came back really abnormal.”

After an overnight stay, Isabel experienced heart failure. Her best option was a heart transplant. Sara describes it as a process of anxiety, fear and questions. But she had support.

“They helped me every step of the way. I never felt alone in any of this because I had my doctors,” Sara said.

“As soon as I heard the phone, I knew. I slept with my phone right next to me,” Sara said. “And I was so flustered and anxious, I couldn’t answer the call.”

Soon after, Isabel was back at Phoenix Children’s for her new heart and everything went smoothly.

“They made it not as scary,” Sara said. “You’re getting updates every couple hours. That was really nice to calm our nerves.”

When Isabel was diagnosed with RCM, twins Jason and Jaxon underwent immediate testing.

“They had no signs of any heart issues, heart failure, or anything like that. We thought we were in the clear after Izzy’s transplant in May.”

In November of 2018, a few days after the twins’ first birthday, everything changed. Sara was staying with Isabel at Phoenix Children’s.

“My mom was here with the twins. She heard Jason scream at about 1 a.m., so she got up to check on him. And he was just ghost white.”

Sara’s mom called 911, and Jason was taken to a nearby hospital—where his heart stopped twice. After regaining a pulse, Jason was transferred to Phoenix Children’s where he underwent emergency pacemaker surgery.

“His heart was just stopping. We didn’t really know why,” Sara said.

Though Sara talks about it as a scary time, she’s found a silver lining.

“Basically, he [Jason] saved his [Jaxon’s] life because he was just a couple months behind on everything.”

“We were able to come home right before Christmas [of 2018]. Jason recovered beautifully. So did Jaxon,” Sara said.

“One night we were home and he went pale, almost identical to his brother,” Sara said. “And sure enough, he needed a repair to his pacemaker.”

Sara decided to have the boys evaluated for transplants in March of 2020. When COVID-19 hit, the family wanted to wait until mid-June. But Jason suffered another cardiac arrest on June 3.

“He asked for some grapes, totally fine. Running around playing. And as we were cutting them, he just dropped.”

While doctors at a nearby hospital worked to bring Jason back, he experienced a 45-minute cardiac arrest.

“I really thought he was gone,” Sara said.

Jason was transferred back to Phoenix Children’s for transplant evaluation. Once confirmed as a candidate, it seemed one major hurdle was cleared. But the family found out Jason had developed antibodies that would make it hard to find a match. It could be up to a year before he got his new heart.

“Friday we were informed it was going to be really hard to find him a match. And then Monday we had a heart. That was an absolute miracle.”

No time to wait

After Jason’s second cardiac arrest, Jaxon was listed for transplant. His condition had started to take a turn for the worse.

“He didn’t want to go outside. He just wanted to lay there, and not move. For a couple weeks, I was getting pretty on edge.”

Sara got another call with good news on September 21, 2020. Soon after, Jaxon got his new heart and it didn’t take long for him to bounce back.

While no mother wants to spend as much time in the hospital as Sara, it’s clear she’s gained another family at Phoenix Children’s.

“When we found out about Isabel, it [restrictive cardiomyopathy] was still a one-in-a-million condition. They really have no data on it.”

Sara is proud to be changing that.

“Our neurologist did tell us, ‘you’re basically going to be writing the data,’” Sara said. “Maybe one day, a mother in my position will know and they can find something that can be done.”

Isabel is also part of a clinical study for an anti-rejection medication for transplant patients, which may help many others.

Thankful for a new normal

Sara acknowledges this isn’t the life she expected. But she’s grateful for the family she has—and the transplants that made it possible. She paused before expressing her thanks to the families who kept her children alive.

“You saved not only my children’s lives, but my life, my husband’s life,” Sara said through tears. “To know the fact that three separate families chose to save my family, I am forever indebted to them.”

Sara also takes every opportunity she can to advocate for organ donation programs.

“Save a mom. Save a dad. Save a child. Save a grandparent. I think that is the most beautiful thing you can do when you leave this Earth. And if you’re on the verge, do it.”

One out of every 100 children is born with a heart defect. That means 15,000 of the 1.5 million children living in Arizona may need complex cardiovascular care, and possibly a heart transplant. Now is the time to invest in Phoenix Children’s Heart Center, for Arizona’s children, and for families everywhere. 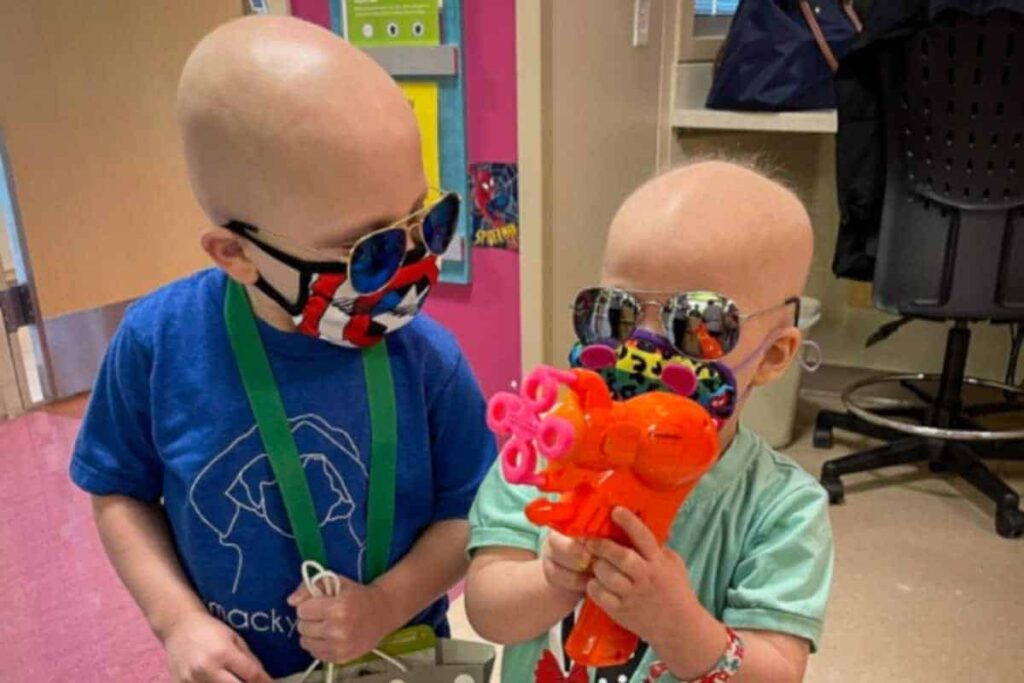 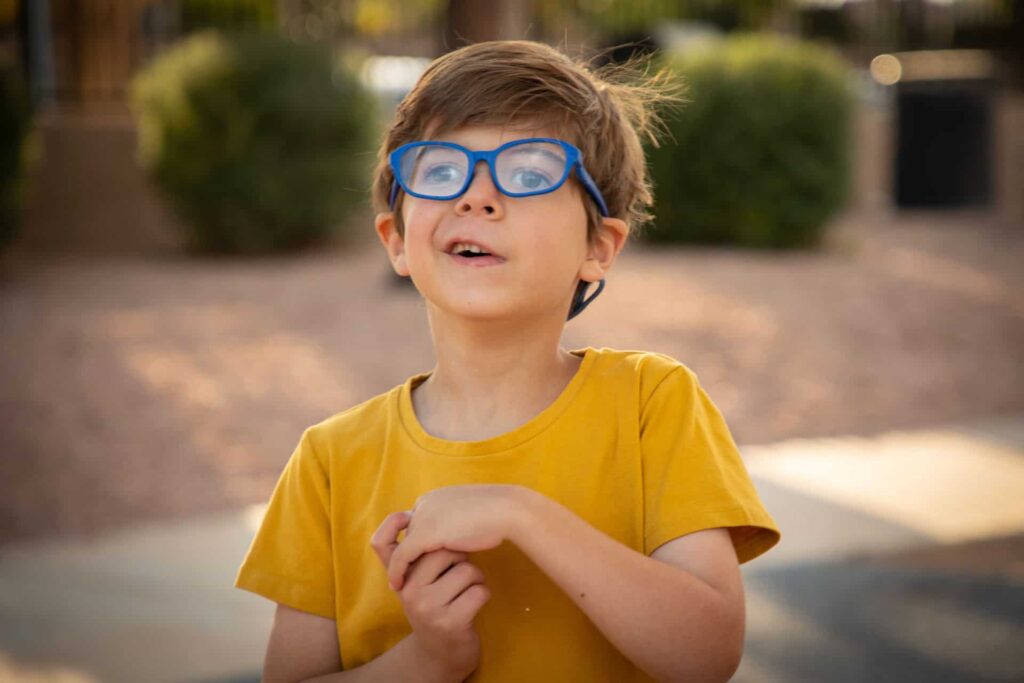 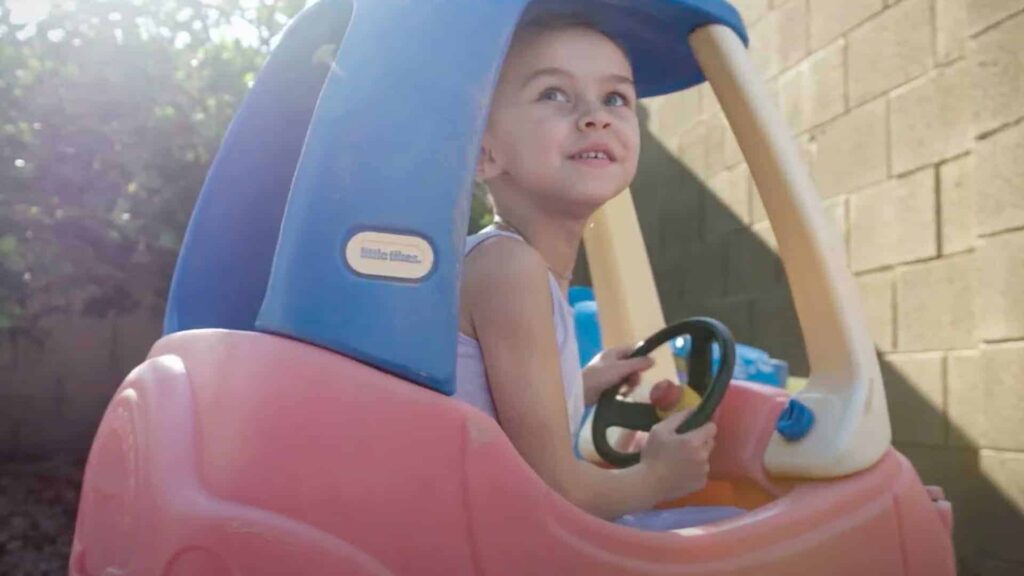