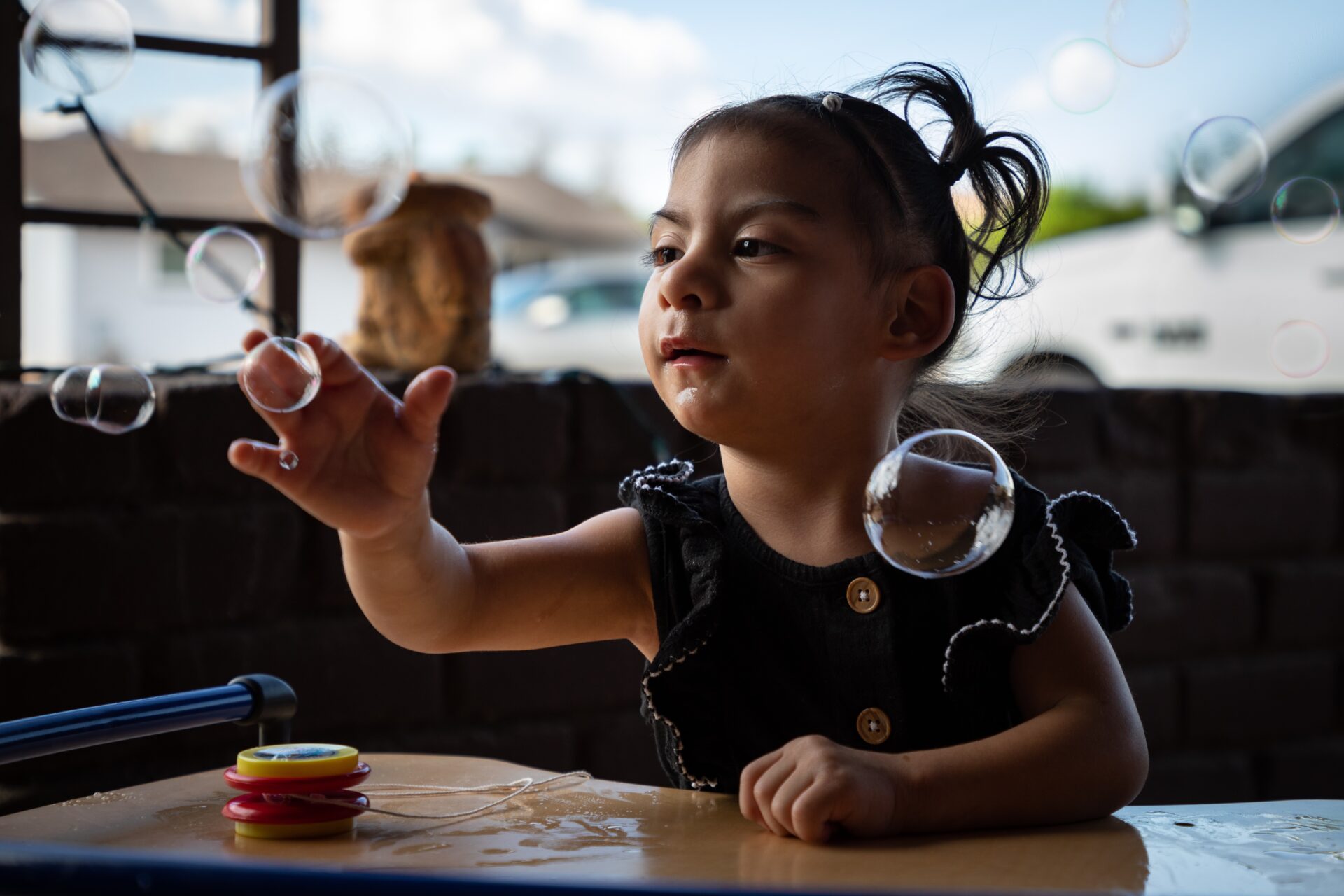 VIDEO: Therapy Brings Healing and Hope to a Young Family

After experiencing tragic loss, one couple finds hope for their daughter, Kim, through rehabilitation.

On January 4, 2020, when Stephanie’s water broke at 31 weeks, she worried for her twin daughters, Kayla and Kimberly (Kim). She had experienced complications during her pregnancy, but things had been going well up to that moment. She never expected what happened next.

Not only did Stephanie and her husband, Margarito, have to grieve the loss of Kayla, who passed away after four hours of life, but Kim faced an uphill medical battle. Weighing only 1 pound 4 ounces, she was transferred immediately to Phoenix Children’s Neonatal Intensive Care Unit.

That was just the beginning of the fight for Kimberly’s life.

A challenging and emotional pregnancy

Initially, when Stephanie found out she was pregnant for a second time, she and Margarito couldn’t wait to welcome a new addition to their young family. However, they were fearful as well because of their experience with Stephanie’s first pregnancy, during which they learned she has a condition that causes her to go into labor early. She delivered her eldest daughter, Kaylee, at only 27 weeks. She, too, had to spend time in a NICU.

“I was afraid the same thing would happen again,” Stephanie says. “But I was also excited to have another baby.”

“But as time went on in my pregnancy, the doctors told me the babies had twin-to-twin transfusion syndrome (TTTS),” says Stephanie.

Because of an imbalance of blood flow in the placenta, Kayla grew at a faster pace. Stephanie says the condition eventually became so severe that she was transported to a hospital in Colorado to determine the best path forward for her and the babies.

“The doctors gave us two options,” Stephanie says. They could either end the life of one baby to save the one with the higher chance of survival, or they could attempt to separate the placenta to help both babies survive. The couple chose the latter without hesitation, and the next day, Stephanie underwent surgery.

When she returned to Arizona, Stephanie had to see her doctors several times a week because she was considered “high risk.” However, everything seemed to be going well, and the couple were excited at the thought of bringing twins home.

A beautiful but bittersweet homecoming

Kim’s homecoming in March 2020 was bittersweet after the loss of Kayla. Stephanie also faced the challenge of getting Kim the care she needed for her complex medical conditions. While in the NICU at Phoenix Children’s, Kim was diagnosed with polymicrogyria, a condition characterized by abnormal development of the brain before birth. She also has septo-optic dysplasia and adrenal insufficiency, which cause developmental delays and hormone imbalances.

Because of her diagnoses, Kim faced several mental and physical delays, and she had issues eating. However, Kimberly’s care team immediately referred her to Phoenix Children’s Rehabilitation Services department to start her on feeding, speech, physical and occupational therapies.

“When Kim first started therapy, she was a quiet baby,” Stephanie says. “After a few months at Phoenix Children’s, her personality started to evolve.”

A chance for healing through therapy

Stephanie says therapy at Phoenix Children’s has been essential to Kim’s growth and development since she transferred to the hospital in early 2020. It has also brought healing and hope to the family after all they have endured.

Kimberly is now a happy 2-year-old with a smile that tugs at the heartstrings. She loves playing Barbies with her big sister, Kaylee, and peek-a-boo with visitors. She also enjoys music and has a special relationship with her family dogs and the animal-assisted therapy dogs at Phoenix Children’s. In fact, Stephanie says Kimberly gets really excited for her weekly visits to the hospital because she loves all her therapists—animal and human.

“Her therapists are always super sweet, and everyone really loves Kim,” says Stephanie. “Every time we go to the hospital, they say ‘hi’ to her—even if she is not in session with them.”

Kim’s care team is helping her meet developmental milestones, and they administer medications to help with stiffness in her joints since she can’t walk or sit without assistance. Her care remains ongoing.

“Her doctors and therapists have really been a big support for us,” Stephanie says. “They are helping her learn how to stand and walk. I can see in her eyes how much she wants to walk and run around with Kaylee.”

A sisterly bond and hope for the future

When it comes to her big sister Kaylee, Kim can’t get enough. The sisters share a bond that started as soon as Stephanie brought Kim home from the hospital. Kaylee was confused at first because she never got to visit Kim at the hospital due to COVID-19 restrictions. But once Stephanie placed the baby by her, Kaylee wouldn’t leave her sister’s side. Today, they remain inseparable.

“They toss the ball to each other and like to read a book together,” says Stephanie. “Kimberly will talk to her sister, but she can’t say complete words. Kaylee goes along with her even though that’s the case.”

And every night, after they read a book and prepare for bed, Stephanie says they keep the memory of Kayla alive.

“Before going to bed, we all kiss a picture of Kayla goodnight,” she says through her tears. “We remind the kids they have another sister. They don’t understand now, but I hope they will understand later and never forget her.”

Recently, Kim was diagnosed with cerebral palsy, a group of disorders that affect movement, balance and posture. Despite the added diagnosis, Stephanie says she and her husband are hopeful for Kim’s future. She has hope that Kimberly can one day enjoy being a kid who walks, runs and dances to the music she loves. 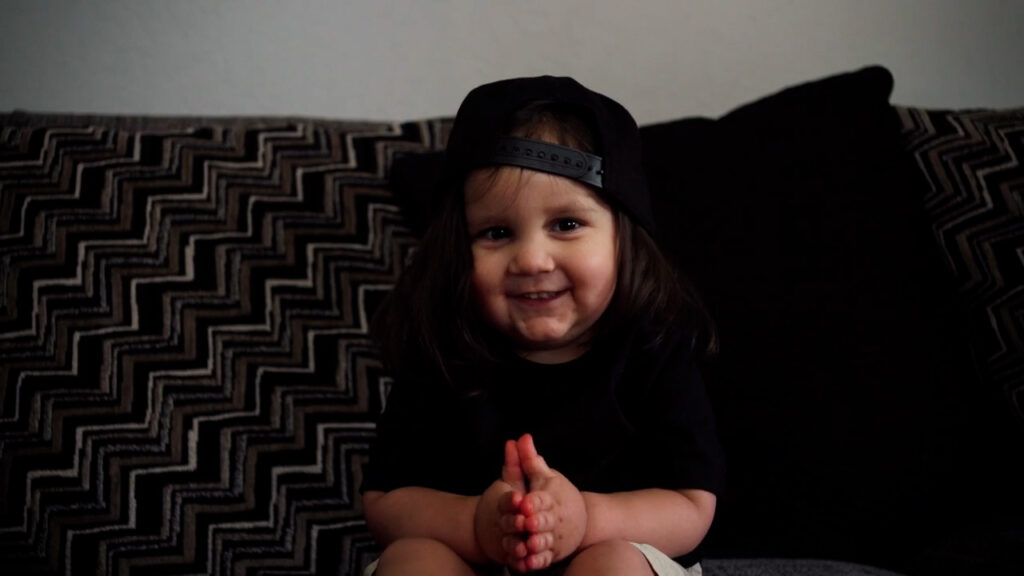 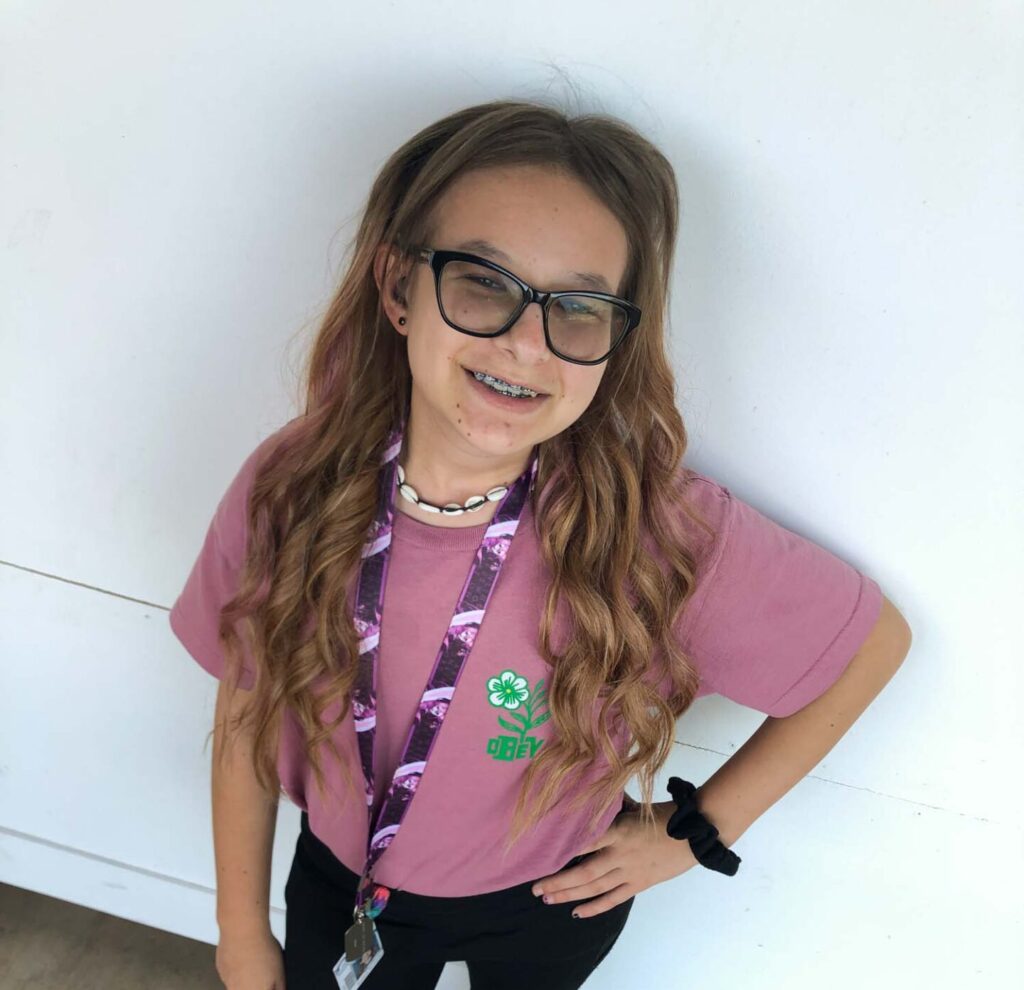 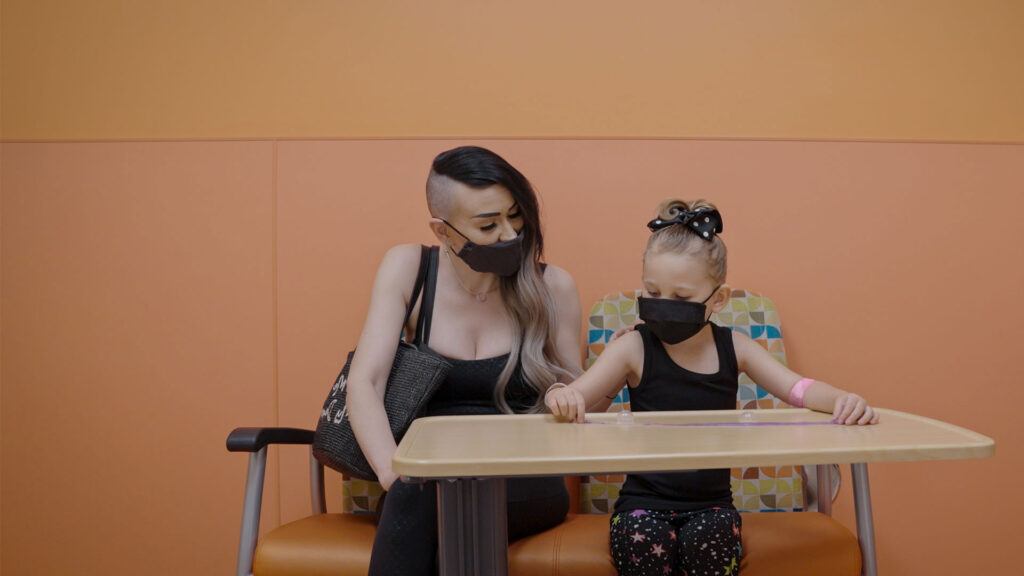 What It’s Like to Be the Mom of a Child With Cancer
One mom pulls back the veil and shares how she overcame devastating circumstances.